Satie is a proud Tarheel and Demon Deacon alumna who can’t sit still! When she’s not practicing law and advocating for her clients, she can be found exploring Charlotte with her Beagle-Bluetick Coonhound, Judge, or planning an upcoming event for the Young Affiliates of the Mint. 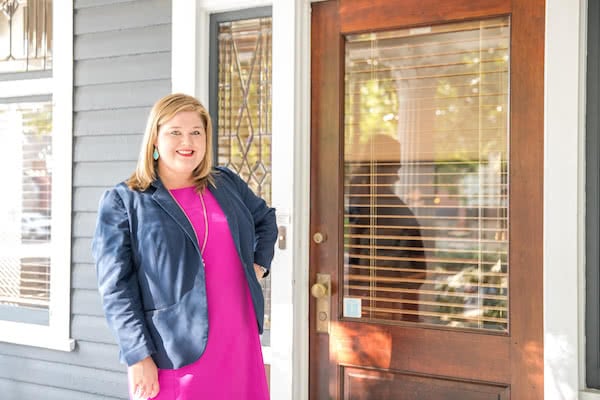 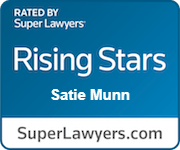 Since joining Lindley Law in 2015, Satie regularly represents various commercial business clients in the construction, employment, and creditor rights industries, and routinely handles cases involving fiduciary litigation. She also possesses first hand appellate and trial experience. In 2017, Satie tackled the first out-of-state guardianship transfer in Mecklenburg County after North Carolina adopted the Uniform Adult Guardianship and Protective Proceedings Jurisdiction Act (“UAGAPPJA”). Satie instructed fellow attorneys regarding the intricacies of UAGAPPJA as a speaker at the 2018 Advanced Issues in Estate Planning, Administration, and Litigation, a CLE course presented by the Mecklenburg County Bar. With a variety of experience in the legal field, Satie adds a wealth of unique knowledge to Lindley Law.

Prior to Lindley Law, Satie received a J.D. from the University of North Carolina School of Law. During her time in Chapel Hill, she served as a board member for the First Amendment Law Review, Women in Law, and Student Bar Association, and completed over 100 hours of pro bono work. Satie also interned for Judge William A. Webb, federal magistrate judge for the U.S. District Court for the Eastern District of North Carolina, and held several internship and externship positions throughout North Carolina and Washington, D.C. During her third year, Satie was accepted into the Juvenile Justice Clinic where she counseled, advised, and advocated for juveniles in court proceedings.

In her free time, Satie serves on the board for the Young Affiliates of the Mint and is an active member on several committees with the Mecklenburg County Bar. She also enjoys traveling, shooting clay, playing tennis, and spending time with her Beagle-Bluetick Coonhound rescue, Judge, who can often be found sleeping under her desk at Lindley Law.